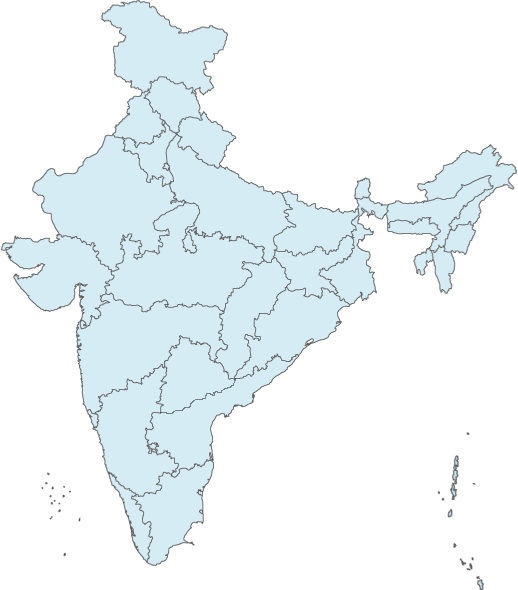 The Regulatory Process of India

The growth of pharmaceutical market in India has been very eye-popping during the last two decades.The growth of pharmaceutical market depends upon the various factors among one is drug regulatory system and regulatory legislation. Current scenario of drug regulatory system in India is on the way of continuous improvement and under transition phase viz., Strengthening of Central licensing agency, introduction of gazette notifications and amendment, formation of committees (SEC/ND AC, expert, technical and apex).
The history of drug regulatory dates back from British era, which time pharmaceuticals were imported from abroad. Following the World War I, this situation has changed, and not only were pharmaceutical products imported in increasing volume, but the demand underdeveloped products also grew. However,many unprincipled foreign manufacturers flooded the Indian market with spurious and adulterated drugs and this led to a rapid expansion of pharmaceutical production during the early-part of the century, and it became clear that-comprehensive legislation was need of the hour. Hence, Government, then, formed a Drug inquiry committee under Sir Ram Nath Chopra also known as ‘Chopra Committee’ whose recommendations later on tabled amidst growing protest in legislative assembly as ‘The Drug Bill’ later on amended to the Drugs and Cosmetic Act 1940 (D and C Act) and Drugs and Cosmetic rules of 1945. This would be the central legislation that regulates India's drug and cosmetic import, manufacture, distribution and sale. This also established the Central Drugs Standard Control Organization (CDSCO) . The CDSCO works in the Directorate General of Health services, is a division in Ministry of Health and Family welfare, Government of India, headed by Drug Controller General of India (DCGI). At present CDSCO has six zonal offices, four sub-zonal offices, 11 port offices and sixlaboratories under its control. It has four zonal, three sub-zonal and seven port/airport offices and six laboratories to carry out its activities .
The various committees formed to facilitate the regulatory process and decision making of DCGI, a statutory board and a committee have been framed called Drugs Technical Advisory Board (DTAB) and Drug Consultative Committee (DCC) separately for Modern Scientific System of Medicine and Indian traditional system of Medicine and a provision of Central Drug Laboratory at Central Research Institute, Kasauli (HP) for testing of drugs. DTAB comprises of technical experts who advises central and state governments on technical matters of Drug regulation. Amendment, if any, to Drug and Cosmetic are made after consulting this board. Drug Consultative Committee, which has central and state Drug Control officials as its members, ensures drug control measures in all over India. It is an advisory body for the Central Government, the State Government and DTAB. 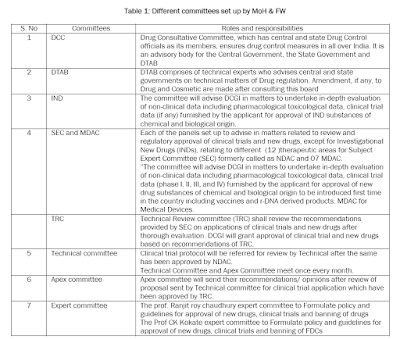 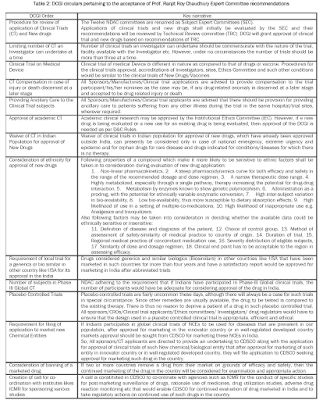 The Drugs and Cosmetics (Amendment) Bill, 2013:

• The Drugs and Cosmetics (Amendment) Bill, 2013 was introduced in the Rajya Sabha on August 29, 2013. The Bill amends the Drugs and Cosmetics Act, 1940 and changes the name of the Act to the Drugs, Cosmetics and Medical Devices Act, 1940.
• The Bill proposes changes in the regulation of the import, export, manufacture, distribution and sale of drugs, cosmetics and medical devices and to ensure safety, efficacy, quality and conduct of clinical trials.
• The definition of drugs is changed to include new drugs that are (i) not in significant use in India and are not recognised as effective and safe by the Drugs Controller General of India (DCGI);(ii) approved by the DCGI for certain claims but are being marketed with modified/new claims; (iii) a fixed dose combination of two or more drugs, which are individually approved but are being combined for the first time in a fixed/changed ratio; and (iv) all vaccines, Recombinant Deoxyribonucleic Acid derived products, Living Modified Organisms, stem cells, gene therapeutic products etc. which are intended to be used as drugs.
• Under the Act, medical devices were covered under the definition of drugs. The Bill changes this by adding a definition of medical devices to include any instrument, implant, material or other article, including the software, intended to be used specially for human beings or animals for the specific purposes of diagnosis, prevention, treatment or alleviation of any disease or, injury, modification of the body’s anatomy and sustaining life.
• Clinical trials are defined in relation to drugs, cosmetics and medical, and involve their systematic study with the objective of determining their safety, efficacy, performance or tolerance. Anyone initiating a clinical trial has to register with the Central Drug Authority (CDA) and get approval from an Ethics Committee registered with it. The Bill creates provisions for the medical treatment and compensation in case of injury or death of a person during participation in a clinical trial or due to it.
• The Central Government shall establish a CDA to subsume the existing Central Drugs Standards Control Organisation. The CDA will be composed of representatives from the Ministries of Health and Family Welfare, Law, Commerce and Industry, Science and Technology, Chemicals and Fertilisers, DCGI, Indian Council of Medical Research, Directorate General of Health Services, and other experts nominated by the central government, including those from state licensing authorities.
• The CDA shall among others, specify guidelines, structures and requirements for the effective functioning of the central and state licensing authorities; review, suspend or cancel any licence or permission issued by them; and decide on disputes between two or more state licensing authorities relating to the provisions of the Act and rules and regulations made under it.
• The DCGI is the central licensing authority that has the power to issue, renew, suspend or cancel licences for import, export or manufacture of drugs, cosmetics or medical devices or permission for conducting clinical trials. The DCGI also has the sole power to issue licenses for the manufacture, sale, and export of 17 categories of drugs.
• The Bill constitutes the Medical Devices Technical Advisory Board and the Drugs Technical Advisory Board to advise the central and state governments and the CDA on technical matters pertaining to medical devices, and drugs.

What is Regulatory Intelligence (RI)?

April 05, 2019
If we will search for RI anywhere we will be getting many results and definitions. The act of gathering and analysing publicly available regulatory information. This includes communicating the Implications of that information, and monitoring the current regulatory environment for opportunities to shape future regulations, guidance, policy and legislation. Regulatory Information collectively comprises of three main segments which are followed while performing Regulatory Information activities: • Gather Data: RI professionals perform research about regulatory norms as per a particular product in a particular geography. As far as collecting relevant regulatory information is concerned, there are a lot of sources that RI professionals leverage to consolidate their research material. • Analyse Information: This gathered data needs to be filtered out to obtain relevant information as per the purpose. The data filtered is then rearranged having relevant information required according to lat…
Post a Comment
Read more